You can also read the other Wild Goose Festival recaps: Thursday, Friday and Saturday.

We had such a good day on Sunday. After breakfast we packed up the majority of our camp and loaded stuff into the car before going down to meet the parade as it neared the main stage for the closing ceremony.

During the closing ceremony, E5N1 adopted his approach from last year of wandering off - he fully embraced the 'fan someone nearby' and 'pass the shaker' suggestions and continued to do both long after the ceremony had moved on.  While we watched the grievance wall be dismantled, sang, danced and shared communion, I suspect almost everyone there met E5N1 and if not, he probably caught up with them later in the day!

Unlike last year, the closing ceremony was not the end of the festival.  Far from it.  Afterwards we moved the car to the parking lot ready for a quick get-away later and then embarked on a packed afternoon and evening.

It started with Lauren Winner and Over The Rhine - readings and songs.  It was a really special time.  One passage in particular that Lauren read from her new book Still was incredibly moving. Definitely a must-read!

Shortly afterward outside, E5N1 and I met Lauren - she played the age guessing game with a very wet (from the fire-truck/slip-and-slide fun) E5N1 for quite some time.  E5N1 also took up prime position to hear Melvin Bray but I don't know what he heard because apart from snapping one picture I was rushing off to do something else.

My last talking session of the festival was to hear Sarah Cunningham and Geoff Little talk about their relationships with their more-conservative-than-them family members.  It was an excellent thought-provoking and challenging session and contained one of the wisest moments for me when Sarah pointed out that we have contradictory values all the time and we have to choose which we will act on (she was talking about having a strong conviction about something being in conflict with loving her father but it applies in many circumstances).

After that, Exile #2 went to hear some more from Lauren Winner and I had one more stop, to see Aaron Strumpel and his crazy friends (including Spider-man) perform before heading down to the mainstage for the final evening of music. 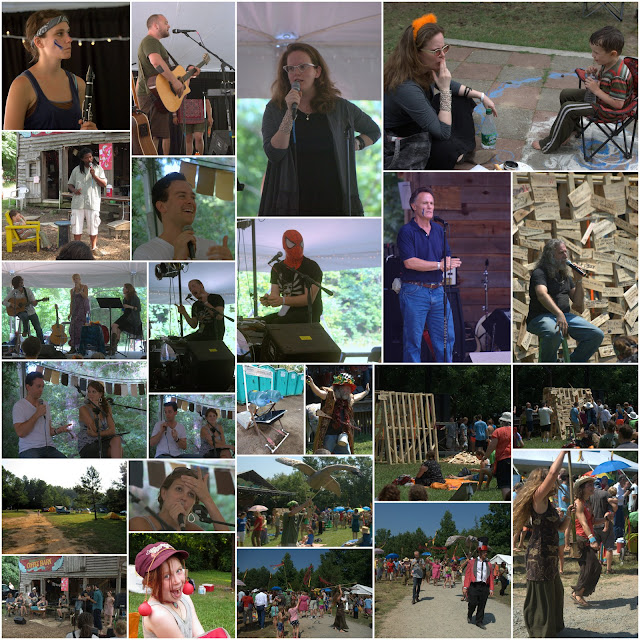 We couldn't quite stay to the end, but we saw Over The Rhine - lovely - we bought two of their albums after last year so we were much more familiar with their work.  After them David Crowder came with some great music, hilarious stories and crazy hillbilly stylings. Finally (for us) Gungor brought some very spiritual moments, virtuoso musicianship and a wonderful end to our festival as the night closed in. 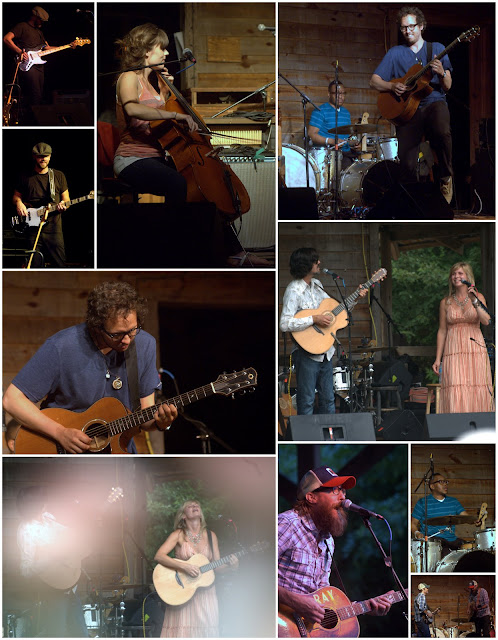 Then we headed off to the car and left Wild Goose 2012, drove for four hours and found a hotel on the outskirts of Richmond VA at about 1 am.

Photos from the festival (now including Sunday) are here.

Please use Name/URL (just a name of any kind is fine) unless you really want to be anonymous!

Pictures of the Exile

Videos of the Exile

History of the Exile

Index of the Exile

The Exile began on January 10th 2007 (Day 0) when the_exile (that's me) accompanied by Exile #2 and our two young children (Exile #3 and Exile #4) moved from the UK to New York State in the USA. Three months later, our third child was born - Exile #5/Native #1 (or E5N1) - dual nationality is a wonderful if cumbersome thing.

Get the Exile by Email

About Me (and other things)

Thank you for reading

I hope you enjoy reading these observations and stories from our everyday life.

For those who know us, it's nice to know that you are keeping up with what we are up to, forgive the absence of personal information and names etc. and I'm sorry that you have to read this to get our news.

For those we don't know personally, welcome! I hope you find something to amuse or inspire, some insight into the process of settling in having moved abroad, or whatever it is you came looking for.

To all: feel free to leave a comment, it's nice for me to know you're out there.
the_exile